Settlements that follow the pattern of a Polycentric Region will also adapt to the terrain of the land, its watershed and vegetation patterns 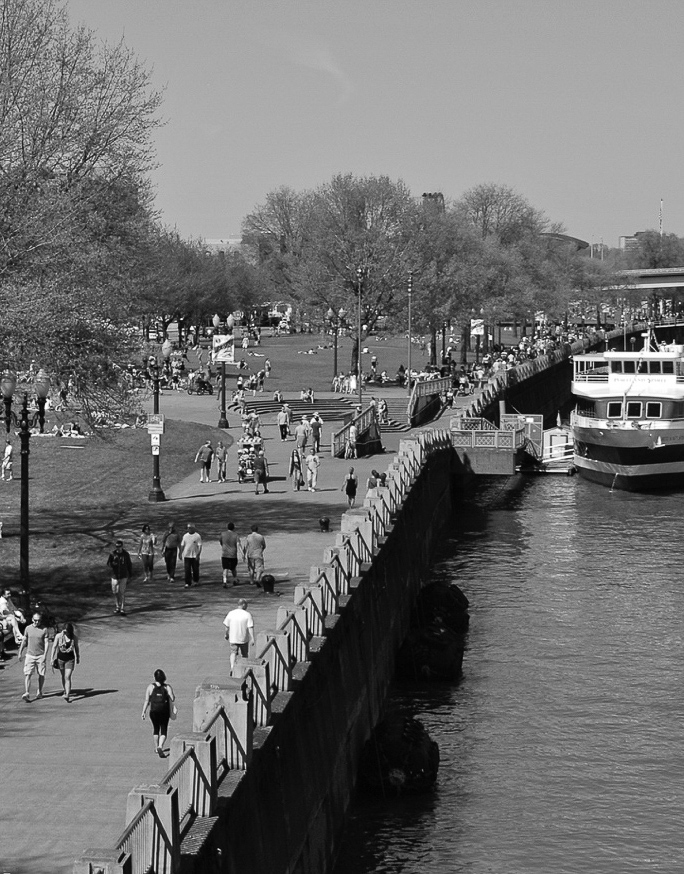 Problem-statement: A region that does not adapt its form to its watershed patterns cannot be sustainable.

Discussion: Every settlement area, no matter how arid, has a hydrology at some scale. In recent decades, it has been common to pipe over the natural system of hydrology, but this is doubly destructive. First, it fails to allow the natural systems to function as they can to clean the water, recharge the groundwater, and support vegetation with natural irrigation. Second, it deprives the human community of an important quality of life asset, and sense of connection to their own regional ecosystems.

In order to work with a region’s hydrology, it is vital to recognize its network connectivity through mapping, and then to lay out settlement patterns such as streets and infrastructure in response to its “blue-green network” — that is, its network of creeks, watersheds and vegetation corridors. These usually offer segments that can become important blue-green corridors for walking, cycling, recreation and vehicular transportation (with proper mitigation of danger, noise, emissions and other impacts) — see Urban Greenway.

At the same time we must recognize that, while the blue-green network of an urbanized area must be ecologically functional with regard to its ecosystem services and its role in urban wildlife habitats, the primary function of urban regions is to be urban — that is, to establish a pattern that is sufficiently compact to avoid sprawl and to protect surrounding ecologies. As the British Town Planner Thomas Sharp put it, “the true way to save the countryside is to build true sheerly urban towns.” 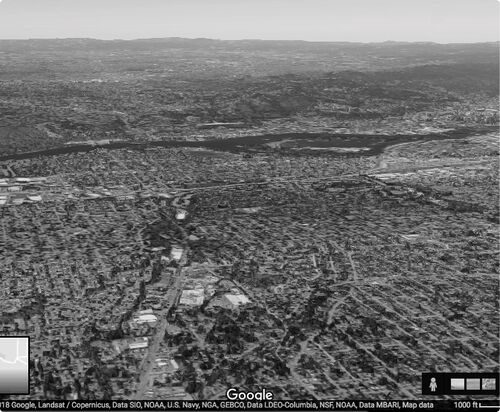 Lay out the settlement with the pattern of blue (water courses) and green (vegetation corridors and watersheds) networks. 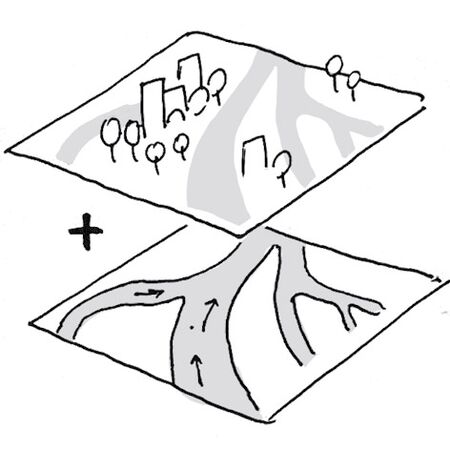 ² This pattern is closely related to Goal 6 of the Sustainable Development Goals on safe water and sanitation (adopted by all members of the UN General Assembly in 2015). There are a number of resources that can be consulted for additional information. See for example the World Bank report on water quality and the role of cities, Quality Unknown, available free for download at https://openknowledge.worldbank.org/bitstream/handle/10986/32245/9781464814594.pdf?sequence=8&isAllowed=y. As the report concludes, “The world faces an invisible crisis of water quality. Its impacts are wider, deeper, and more uncertain than previously thought and require urgent attention. While much attention has focused on water quantity — too much water, in the case of floods; too little water, in the case of droughts — water quality has attracted significantly less consideration… Water quality challenges are not unique to developing countries but universal across rich and poor countries alike. High-income status does not confer immunity - challenges with pollutants grow alongside GDP. And as countries develop, the cocktail of chemicals and vectors they contend with change — from fecal bacteria to nitrogen to pharmaceuticals and plastics, for example. What we think of as safe may be far from it.” See also a report by the European Union: “Green infrastructure, as defined by the European Union Green Infrastructure Strategy 2013 is 'a strategically planned network of natural and semi-natural areas with other environmental features designed and managed to deliver a wide range of ecosystem services’.” https://webgate.ec.europa.eu/greencitytool/resources/docs/guidance/nature.pdf