At the ends of the Street As Room, there is a need to close off the street, and not let it vanish into infinity. 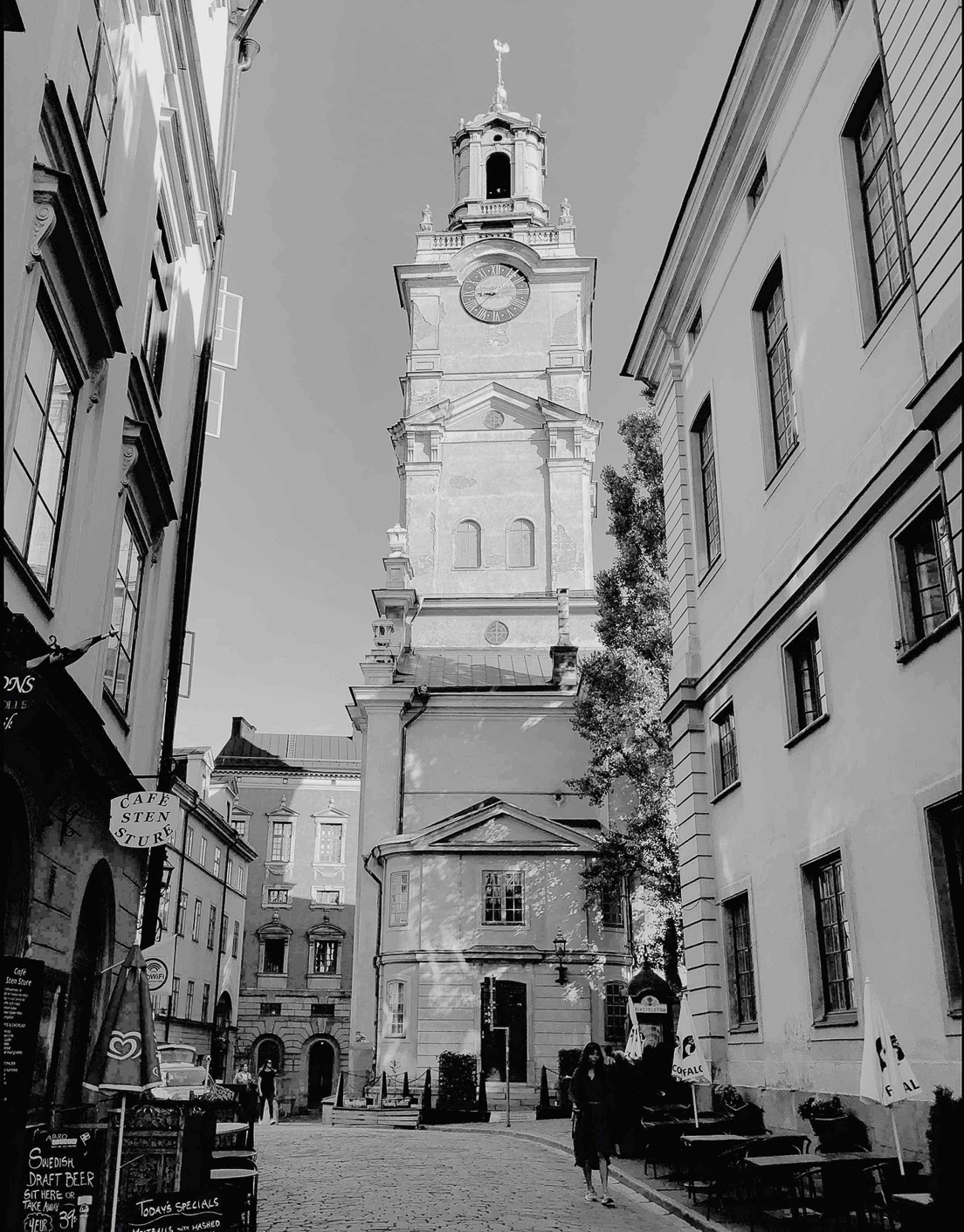 Problem-statement: People need to see landmarks, both to find their way, and to feel a sense of enclosure and spatial definition in the city. This need is particularly acute at the visual ends of streets and paths.

Discussion:: Evidence shows that pedestrians are not comfortable walking down long straight streets with endless “vanishing point” perspectives ahead. This experience seems to be disorienting as well as lacking in a sense of enclosure, which in turn is essential to make the street more attractive to pedestrians.¹ Drivers and riders in vehicles also benefit from the identification of wayfinding landmarks.

One of the best ways to handle this need is to interrupt the street with one or more structures along its axis, creating “terminated vistas”. These can be buildings or parts of buildings, natural features, or other landmark elements. The streets can wind around the structures (as in the photo at the beginning of this pattern) or change angle, or simply terminate in a T-intersection.

Jane Jacobs (1961) described this challenge most insightfully in her classic book The Death and Life of Great American Cities, in Chapter Nineteen, “The Uses of Visual Order:”

“[If] a street goes on and on into the distance, with the intensity and intricacy of the foreground apparently dribbling into endless amorphous repetitions of itself and finally petering into the utter anonymity of distance, we are also getting a visual announcement that clearly says endlessness… The general effect is bound to be chaotic… Therefore a good many city streets (not all) need visual interruptions, cutting off the indefinite distant view and at the same time visually heightening and celebrating intense street use by giving it a hint of enclosure and entity. Bridges that connect two buildings up above a street sometimes do this service; so do buildings which themselves bridge a street. Occasional large buildings (preferably with public significance) can be placed across straight streets at ground level — Grand Central Terminal in New York is a well-known example. Straight, “endless” streets can be interrupted and the street itself divided around a square or plaza forming the interruption; this square can be occupied by a building. In cases where vehicular traffic can actually be dead-ended on straight streets, small parks could be thrown across from sidewalk to sidewalk; the visual interruption or diversion would be provided here by groves of trees or by small (and, let us hope, cheerful) park structures. In still other cases, a visual diversion need not extend across a straight street, but can be in the form of a building or group of buildings set forward from the normal building line to make a jog, with the sidewalk cut underneath.”2

Jacobs also referred to the argument of Kevin Lynch, author of the classic Image of the City,3 that a city needs to create “imageability” through its landmarks, and through the relationship of its paths and nodes. Jacobs also noted that sometimes geographic interruptions can serve the same purpose, such as the hills of San Francisco. 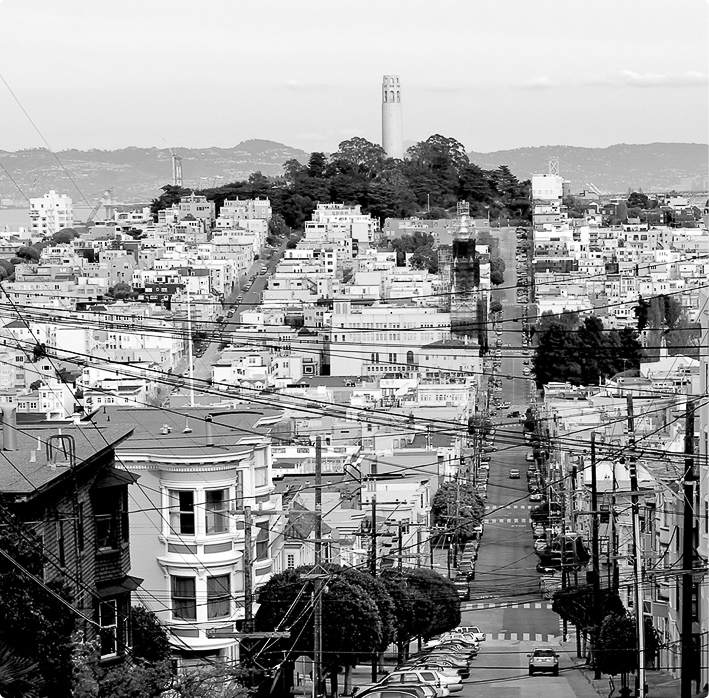 Plan streets to have periodic visual interruptions by introducing buildings, natural features, or other monuments along their axes, with the streets either going around, changing angles (“deflected vista”), or terminating in an intersection. Make the monument distinctive and memorable, perhaps indicating the kind of human activity taking place there. 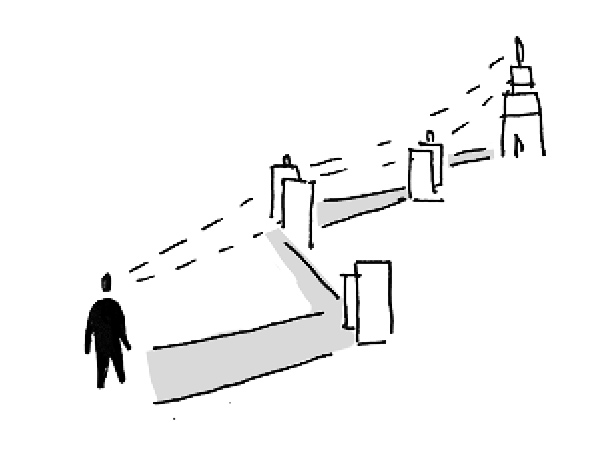