Within the Polycentric Region, the urban cores also represent a valuable asset for careful regeneration. 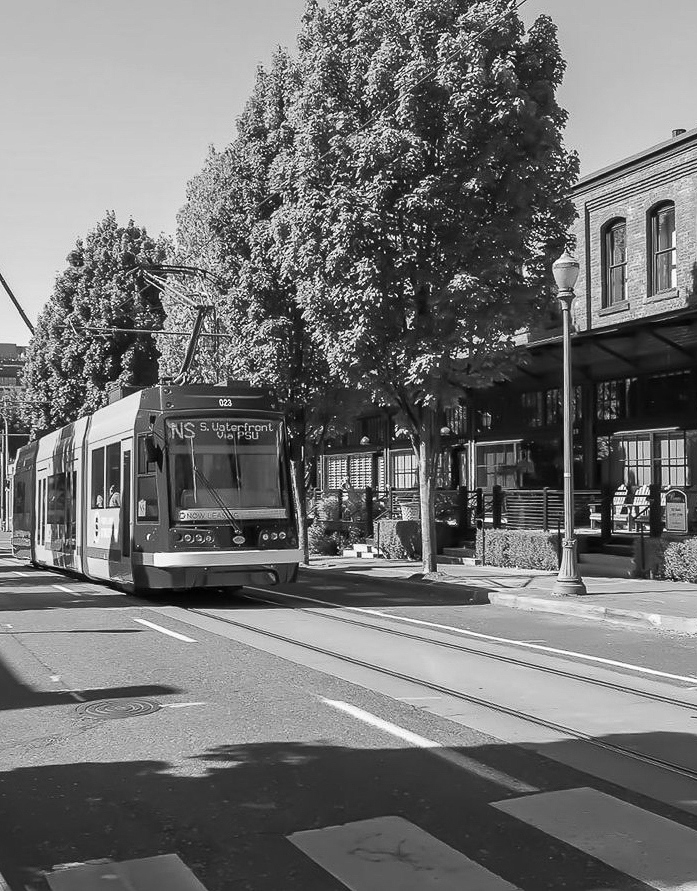 Problem-statement: There are many opportunities to re-urbanize existing declining urban areas. But care must be taken to avoid runaway gentrification. 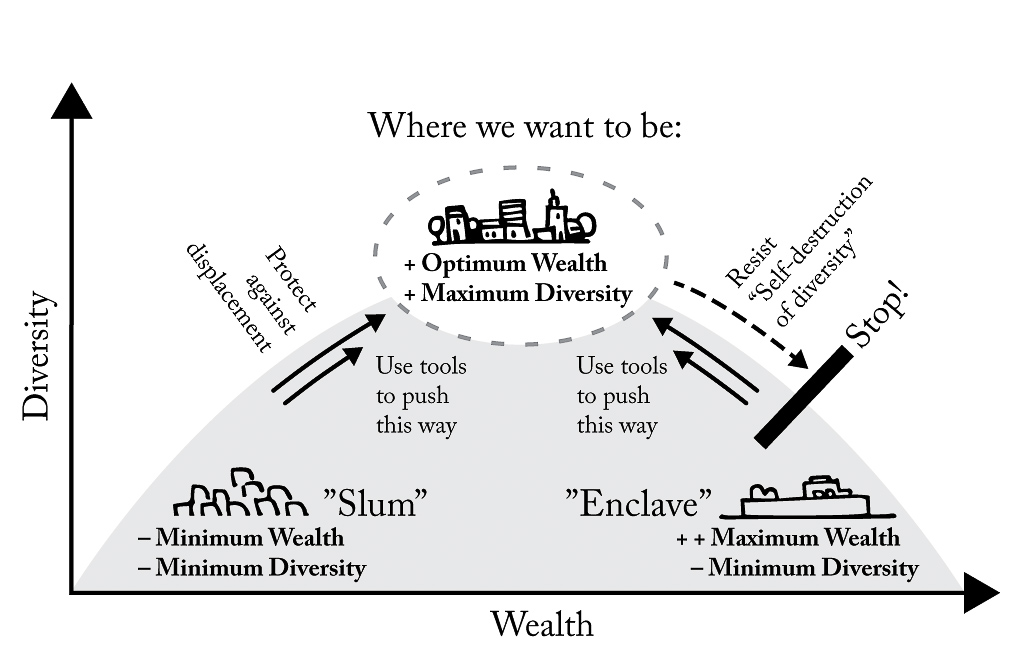 The “Jacobs Curve” shows an optimum point of diversity reflecting a mix of incomes, Anything on either side of this “Goldilocks zone” — either too much poverty, or too much wealth — is bad for the neighborhood.

Jacobs’ point could be illustrated with a graph (previous page), showing a kind of “Goldilocks zone” of maximum diversity. Our goal, not only as planners and designers, but also as policy leaders and citizens, is to implement policies and tools to resist the destruction of diversity on either side of the curve. In existing neighborhoods, our challenge is to restore diversity with policies that can recognize when “enough is enough.”

Implement policies to regenerate existing urban areas in decline, while also assuring that these areas do not tip over into gentrification. Do this by providing a range of new housing at a range of prices, and by expanding opportunities in many places at once, so that no one place becomes over-heated.

Promote a more equitable form of urban development with a Land Value Capture, Integrated Affordability, Multi-Family Infill, and other tools. …