Within a Pedestrian Sanctuary there is a need to provide pathways that are not part of the street or lane system, but are nonetheless public pathways. 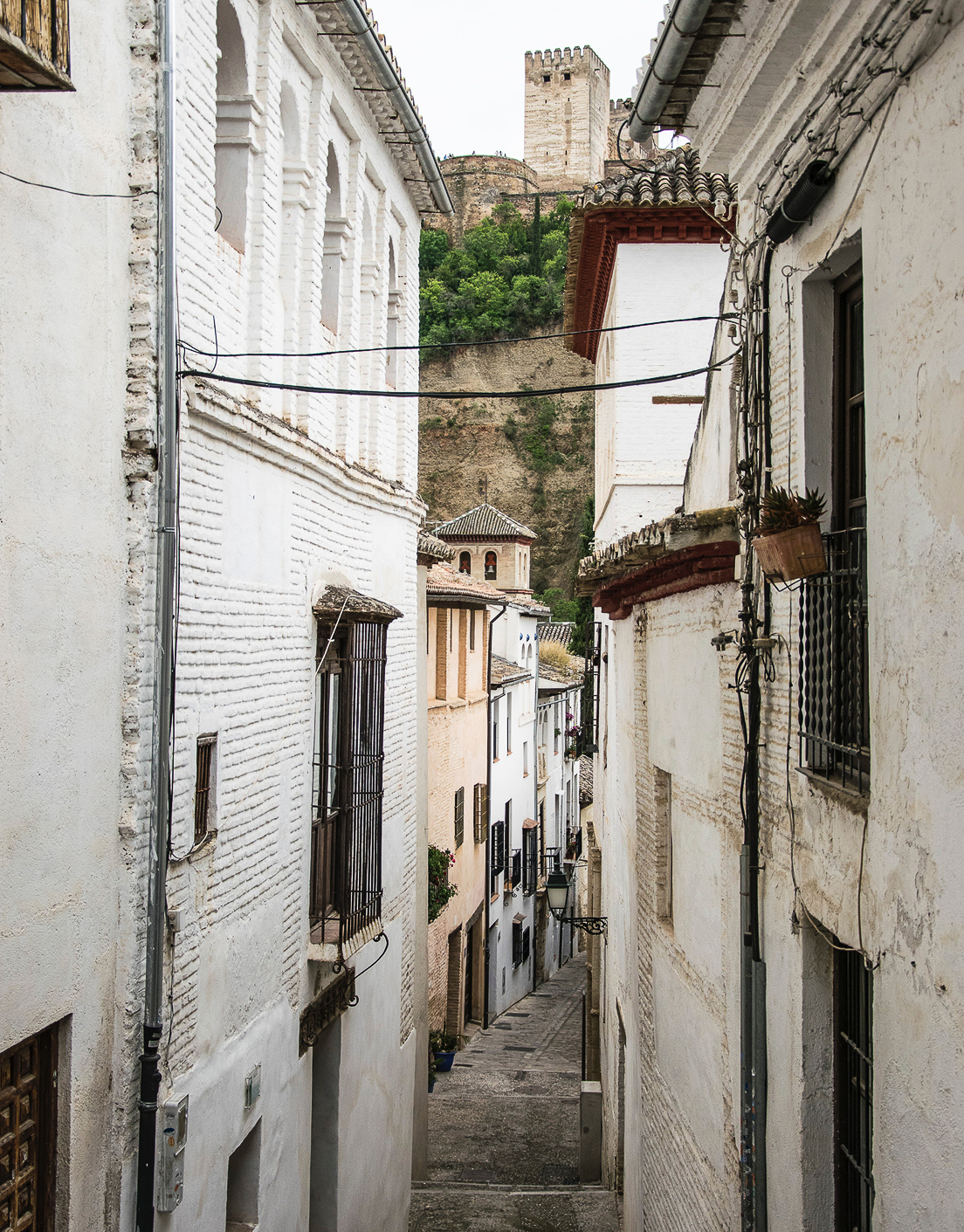 Problem-statement: Some of the most appealing urban public spaces are not along streets, but along separate pedestrian pathways. These pathways form a kind of “capillary” system for pedestrians.

Discussion: The term “capillary” refers to the very small hair-like passageways of the bloodstream, where individual blood cells reach individual body cells. A similar structure exists in the best cities, where capillary pathways form a secondary system of pedestrian movement, partly away from and complementing the street network.

Capillary pathways are components of a larger movement system exhibiting what is called fractal scaling in mathematics. In fractals, there are typically a few large examples, more intermediate-size ones, and very many smaller ones. In the case of capillary pathways, these are in effect the smallest-scale streets that become the smallest (long and narrow) urban public spaces.

Such pathways were common in traditional cities, as can be seen in the example of the Old Town Plaza from Albuquerque on the next page. This pattern was generated from a set of Spanish laws and practices known as the “Laws of the Indies.”1

In some cases, these pathways may be owned by private entities, but to be successful, pedestrians need easements for regular access. Private ownership of adjacent structures is also a beneficial condition, since they provide security as well as potential commercial activities and other active uses.² In addition, it is important to provide visual surveillance including from nearby streets, ensuring that these passageways do not become dangerous “blind alleys”.

Capillary pathways should not be allowed to draw too many pedestrians away from the surrounding streets. Rather, they should be seen as a complementary network, making the entire experience of walking more interesting, varied and attractive, and drawing more pedestrians to an area. 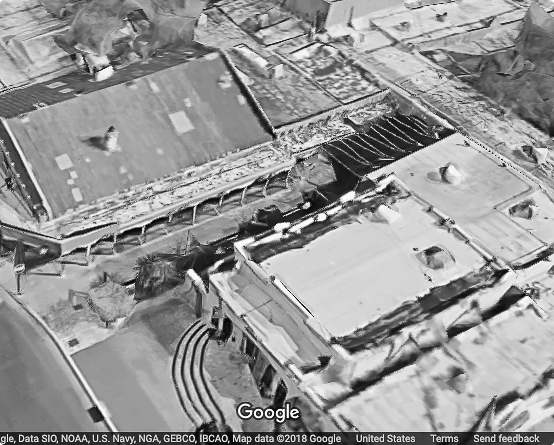 A capillary passageway leading to a courtyard and beyond in Albuquerque’s Old Town Plaza.

Where there is sufficient volume of pedestrians, and sufficient activities to provide adequate security, create capillary pathways in an orthogonal pattern, crossing streets and interconnecting them, as well as other destinations. Provide ample “eyes on the pathway” and other security measures to assure safety. 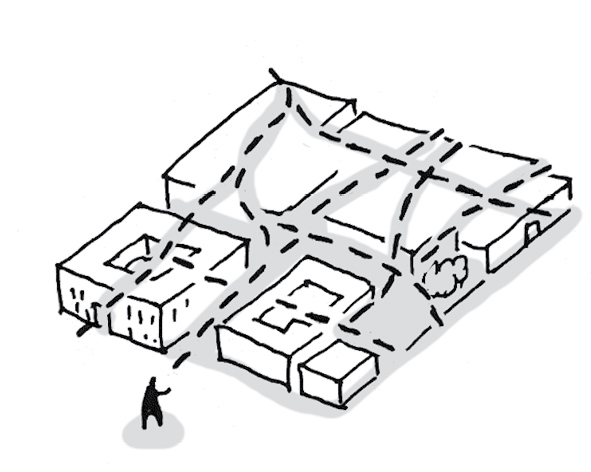 Where feasible, take pathways into a Courtyard Building, or create courtyard-like spaces along their lengths. …

¹ A discussion of the patterns from Old Town Albuquerque, and new applications of the “generative” characteristics of the Laws of the Indies, can be found in Hakim, B. S. (2007). Generative processes for revitalizing historic towns or heritage districts. Urban Design International, 12(2-3), 87-99.

² Sometimes it is the owners themselves who have created these capillary passageways as public easements, so that they could get more use and value from their own properties. For an account of this process in a traditional urban context, see Ben-Hamouche, M. (2009). Complexity of urban fabric in traditional Muslim cities: Importing old wisdom to present cities. Urban Design International, 14(1), 22-35.