A Courtyard Building (or other larger building with wings) needs to be structured to take advantage of its spatial complexity, without losing coherence. 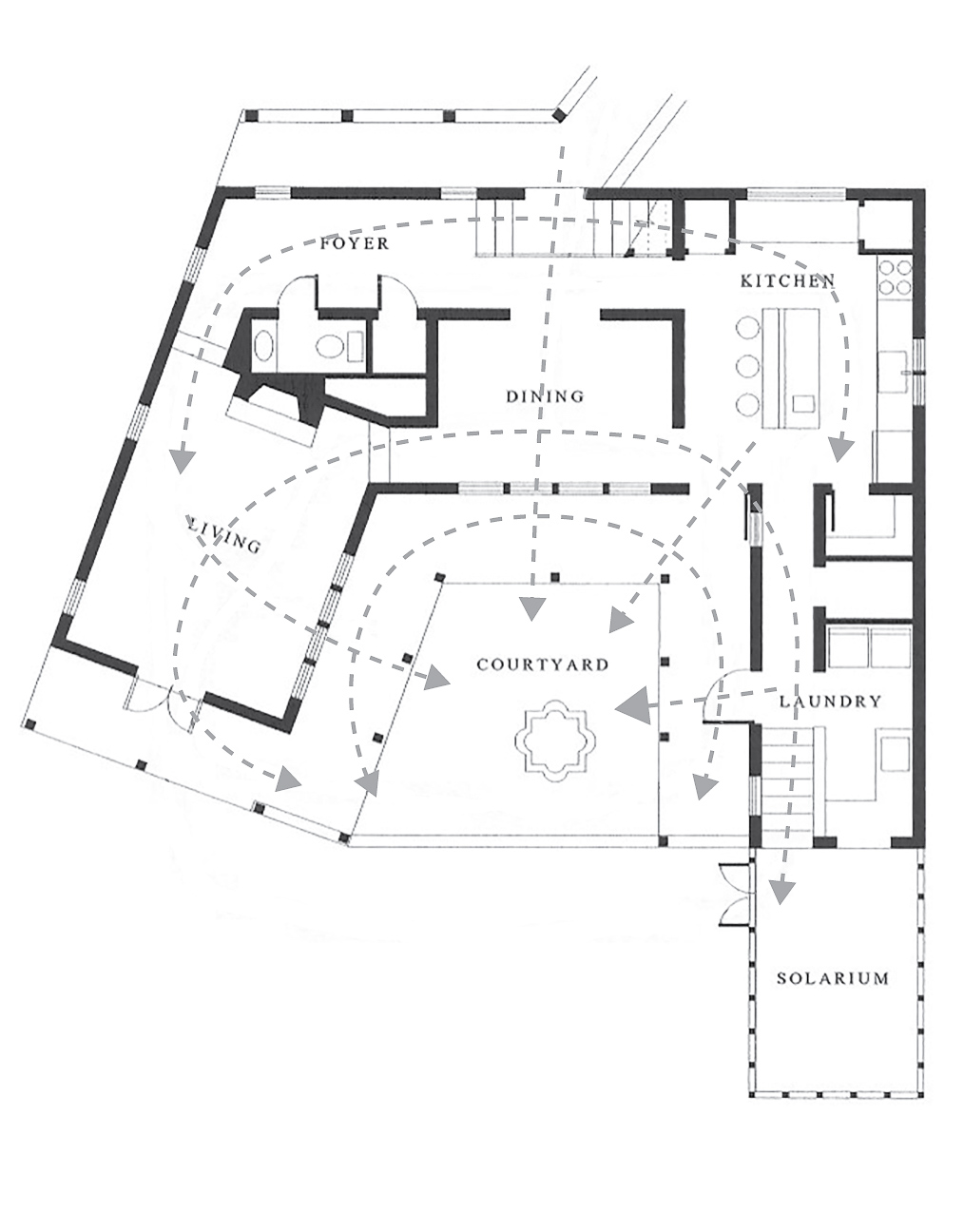 Problem-statement: Too often, circulation within a building is conceived as an elementary branching hierarchy or “tree” structure. This is a deadening kind of space. The richest spatial experiences come from inter-connected circulatory network structures, offering rich overlapping relationships.

Discussion: A “functional” approach to architectural space typically conceives of a linear, branching relationship: a central hallway “spine” leads to some boxy spaces at the sides, and perhaps to some main space at the end. But a more complex kind of spatial relationship comes from circulation networks, where the spaces are part of a circuit that inter-connects around and sometimes across the spaces.

Looping circuits and redundancy are the keys to successful circulation networks. To avoid pre-determining a linear flow through rooms, create the possibility of choosing from among one or more alternative routes. At the same time, have enough available internal paths that some of them can join into a loop, to avoid being forced to move along only a unique path.

As these circulation networks intersect with adjoining spaces, they can offer views or light, while taking care to protect the privacy of these other spaces — for example, by using high clerestory windows, or frosted panes of glass. In this way, the circulation network can address the experience of people using the building from their perspective, and not just make expert determinations of “functionality.” 1 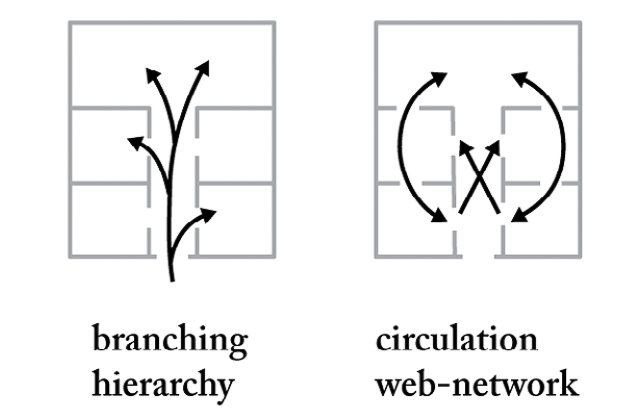 Left, a branching hierarchy, with little interaction between the spaces, and little life. Right, a web-network that allows connection and circulation in a complex pattern that is far richer.

Do not lay out buildings with long boring central hallways, lacking views or connections. Instead, conceive of building circulation as a sequence of interconnected spaces forming a circulation network, retaining views and inter-connections to all the spaces while also protecting privacy. 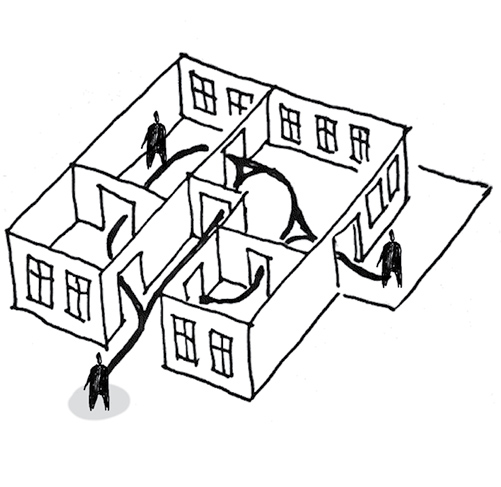