In order to make a Walkable Streetscape with Street As Room and other cohesive elements, it is necessary to have a framework. 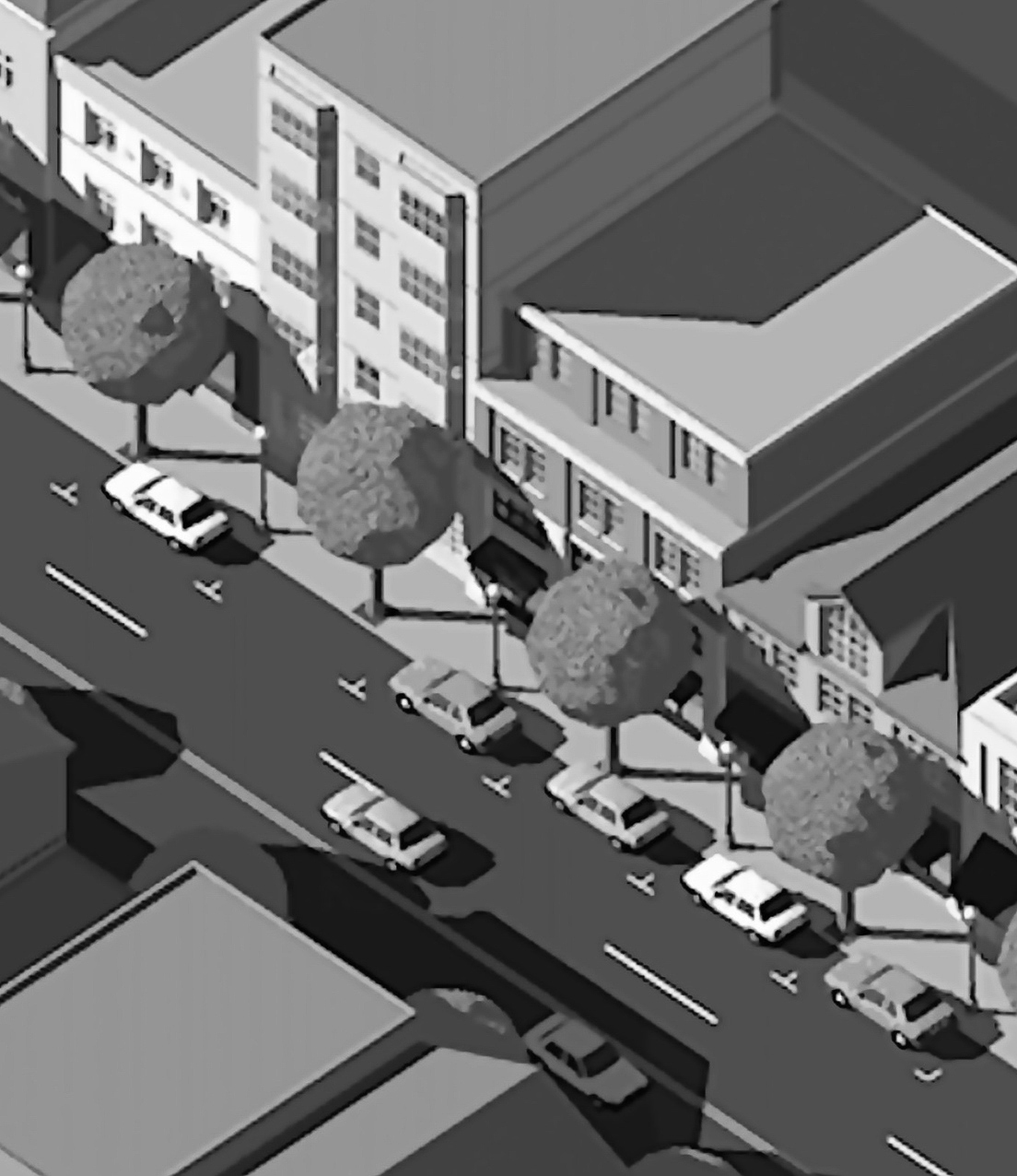 Problem-statement: There is a need to guide the form of buildings so that the results are cohesive and supportive of the public realm. But too many zoning codes destroy the diversity and richness of the built environment.

Discussion:In the 20th century, a generation of zoning codes came into widespread use that segregated buildings into zones based upon their use. Residences of a certain kind were to go into one area, while other areas contained only residences of another kind, while other areas contained only retail, or workplaces, or civic districts, or other single uses. The result was that each area became a “monoculture” — a dead area, lacking diversity, interaction and dynamism.

To make matters worse, those zoning codes said little about how forms might work cohesively to support the public realm. They might require large setbacks from the street, or large lots — which only further damaged the vitality of the neighborhood. But these codes did not address the characteristics needed to define and support the public realm: enclosure, connection, visibility, pedestrian detail and so on. This practice is one of the key reasons that the public realm has disintegrated in too many cities.

More recently, a form of urban code has become common that is based on form rather than use. Typically the code specifies the siting of buildings, their length of frontage, their volume, number and placement of doors and windows, and so on. Minimal regulations are placed on use, mainly to mitigate negative impacts from noise, odors and other problems.

Among the aspects often covered by a form-based code are siting, frontage coverage, fenestration, and building heights. Drawing by Steve Price.

At the same time, it is important to avoid a too-mechanical, “cookie-cutter” approach to codes. Some guidance is also needed to assure a locally distinctive, cohesive result without becoming too monotonous or restrictive. There are a number of design guidelines, preferred materials and details, and other elements that can be added to a form-based code. Indeed, the pattern language approach itself is a way of providing guidance and cohesion while maintaining the natural flexibility of language.

At either the project scale or neighborhood scale, develop a form-based code to guide the design and assure a cohesive support of the public realm. Regulate the form of buildings at the edges, and also provide flexible guidance on elements like materials, colors and details. 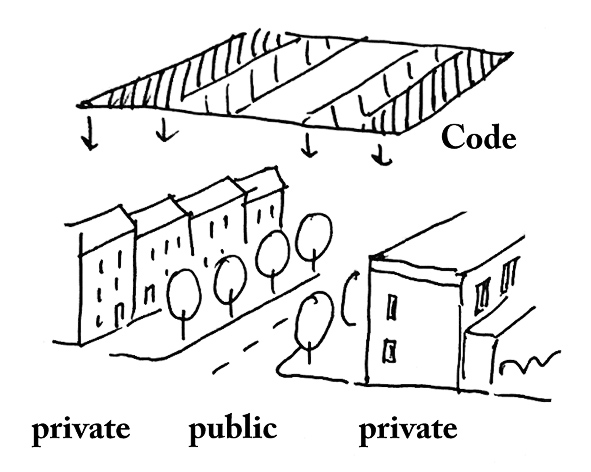 Assure that the code takes into account local conditions and adaptations with Economies Of Place And Differentiation. …