Within the Polycentric Region, create variations in density, but following a relatively continuous building volume. 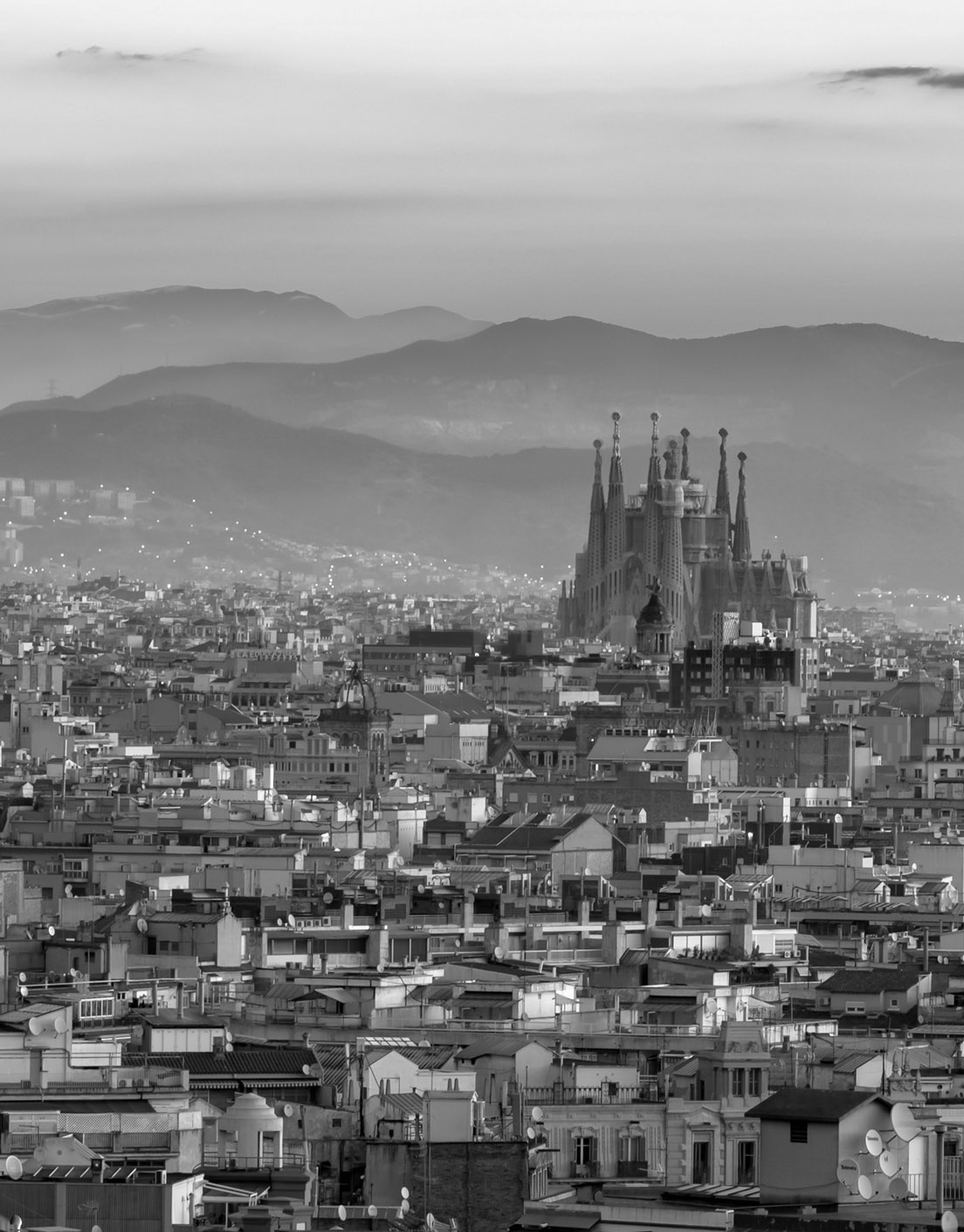 Problem-statement: Evidence indicates that one of the most optimal urban forms is a relatively continuous building volume with a height of between two and ten stories — what we may refer to as the “level city”. Yet in the last half-century, many cities have taken on a discontinuous and disruptive form, with significant long-term negative impacts on the quality and resource efficiency of city life.

Discussion:: Many people assume that in order to achieve a compact, sustainable and prosperous city, it is necessary to “go up” — that is, to adopt an urban form that includes many tall buildings. The evidence shows that this view is mistaken — and it overlooks research on the many negative impacts of tall buildings, especially in the longer term.¹

First, let us acknowledge that, for many people today, this pattern may be one of the most surprising and perhaps controversial in this collection. The practice of building tall is so widespread, and the assumptions about its benefits are so widely shared, that the actual evidence may come as a shock. However, let us consider the evidence carefully — for the impacts in the future are potentially enormous.

Some advantages of tall buildings are obvious: they offer very nice views (when not blocked by other tall buildings), they confer status and prestige, and they create very visible branding for companies and for ego-centered individuals. But many other commonly claimed benefits of tall buildings are contradicted by the evidence, as our research and others’ has shown.² (See also Four-Story Limit, APL 21.)

Among the more spurious claims are that tall buildings, by adding housing units, will help to promote affordable housing — yet they count among the most expensive construction systems in the world, particularly given costs associated with structural stiffening, egress requirements (space devoted to stair and elevator cores), and other diseconomies. No less dubious is the claim that tall buildings can be inherently more sustainable, given their high embodied energy and materials, greater exposure to heat gain and loss, and typically high-maintenance, short-life-cycle mechanical systems, requiring frequent and resource-intensive overhauls.

In fact many of these claims rely on a deeper misconception, that tall buildings are necessary to achieve beneficially higher densities. But there is abundant evidence to disprove this fallacy as well. As a UK House of Commons fact-finding report concluded, tall buildings “do not necessarily achieve higher densities than mid or low-rise development and in some cases are a less-efficient use of space than alternatives... Tall buildings are more often about power, prestige, status and aesthetics than efficient development.”3 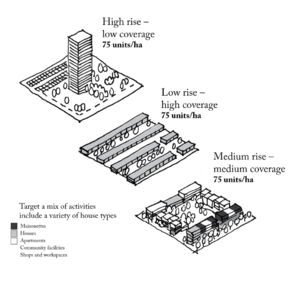 Perhaps the most alarming evidence against residential tall buildings is recent evidence of psychological impacts, most severely in children. Negative effects include higher levels of depression and anti-social behavior, and marked impairment of child development.⁵

Tall buildings do indeed allow some people and companies to achieve literal superiority over the city, expressing their social and economic dominance. At some point, however, this concentration of wealth is likely to prove unhealthy, exacerbating inequality and instability. A “level city” (maintained by zoning codes, incentives and disincentives, or a mix) offers a more “level playing field” — a more equitable and more evenly distributed kind of urbanism.

This is not to say that higher density is not desirable — or, at the other extreme, that a very high density is always required. In fact the best cities offer a range of densities, tending to increase toward their regional centers, but containing many variations or “density rings” throughout the region. For example, a “polycentric region” will contain many density rings of lower and higher densities, offering choices corresponding to stages of life (children, couples, singles, elderly etc.) and preferences (active centers, quieter backs, etc.).

Finally, it is important to note that there is an important role for some tall buildings to serve as wayfinding landmarks, and as monuments to the city’s public life. These structures should be exceptional, and they should be civic in nature — for example, spires within public spaces, like the Eiffel Tower in Paris, or structures that express a shared spiritual experience, like the Sagrada Familia cathedral in Barcelona (seen in the photo at the beginning of this pattern).

Maintain a building height limit of typically no more than ten stories, together with incentives for maximizing infill of buildable sites, aiming to produce a continuous and efficient urban form. Allow taller structures when they are civic monuments and public buildings, and when they assist with wayfinding. Allow variations in density, while assuring a continuous walkable urban fabric.

Use the pattern Perimeter Building to maximize continuous fabric along the street. Cluster each group of housing and other activities within a Density Ring. Use a Form-Based Code to provide for coherent massing with extra height only where appropriate…

Use the pattern Perimeter Building to maximize continuous fabric along the street. Cluster each group of housing and other activities within a Density Ring. Use a Form-Based Code to provide for coherent massing with extra height only where appropriate…

¹ See for example Alterman, R. and Mehaffy, M. (2019). Tall Buildings Reconsidered: The Growing Evidence of a Looming Urban Crisis. Working Paper, Centre for the Future of Places. Available on the Web at http://sustasis.net/TallBuildings.pdf.

² Our colleague Patrick Condon has described a similar argument in work on what he calls “The Flat City”. See Jing, H., & Condon, P. M. (2018). Flat City: Development Trend of World Cities Under the Influence of Digital Communication Technology Progress and Its Enlightenment to China. Urban Planning International, (2), 8.