Between an Avenue and a Multi-Way Boulevard, there is a need for a much slower, safer kind of street. 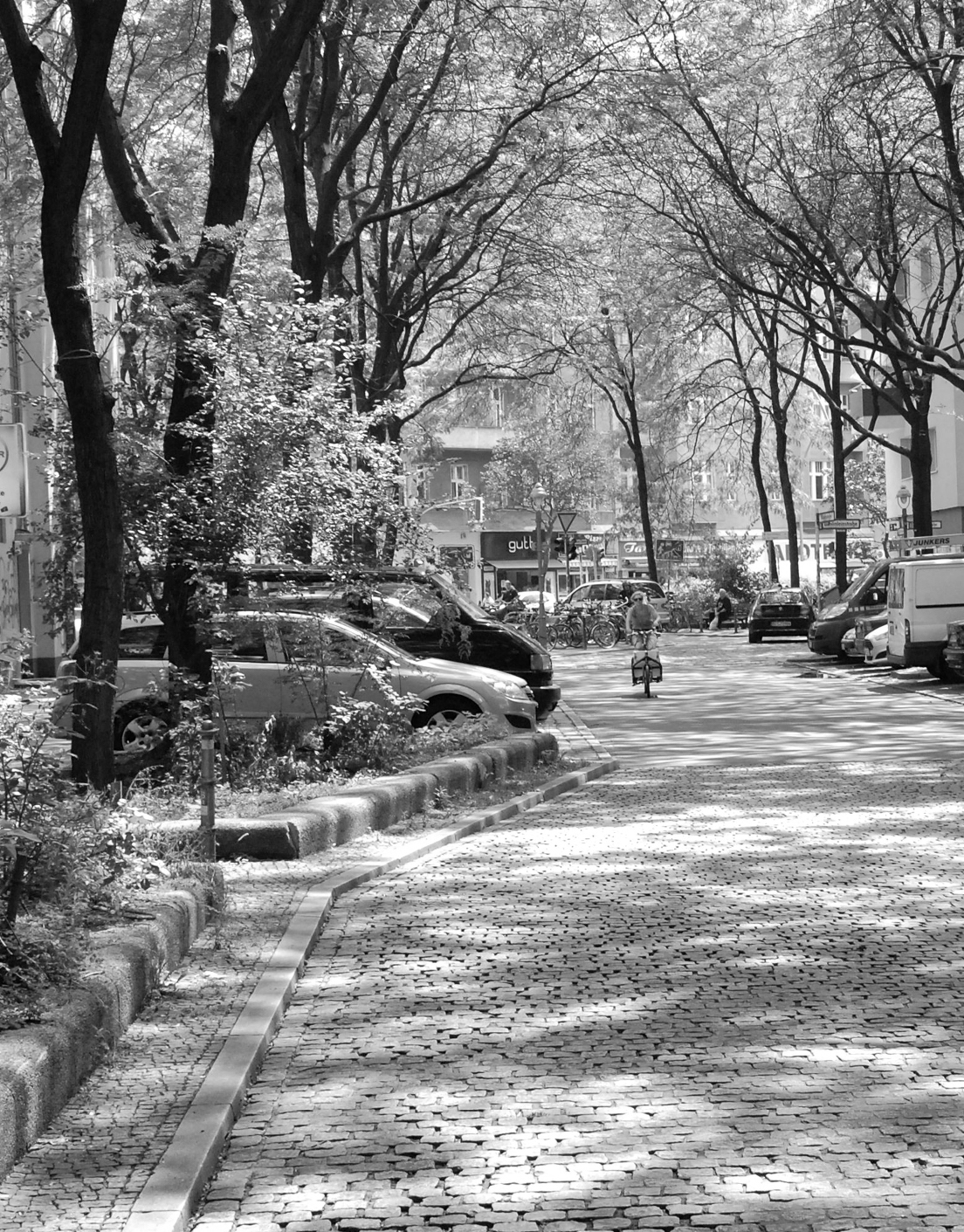 Problem-statement: Within quieter local areas, vehicles must move slowly and safely around pedestrians. They can do so within lanes that are designed to share space with pedestrians, bicycles and other slower modes of travel.

Discussion:: There are many varieties of shared-space lane that have been developed around the world. One of the best known is the Dutch “woonerf”, which is a generally narrow, irregularly shaped passageway designed to slow vehicles and to create safe places for pedestrians to move.¹

It has been assumed that areas that mix cars and pedestrians would be unsafe without extensive controls including signals and signage. Research has shown, however, that in low-speed areas, vehicles and pedestrians can share space, as long as the visibility is good, and as long as the geometry prevents high-speed driving. An example is the Seven Dials intersection in London, where a monument in the center forces vehicles to drive slowly as they enter the intersection.

The idea of shared space has sometimes been stretched to allow cars and buses into wide paved spaces, whose geometry does not inhibit speed. This practice can make the pedestrian experience dangerous. A pragmatic approach does not take it for granted that motorists will automatically control their vehicle’s speed, and will provide geometrical and other constraints (e.g. bollards and level changes) to help control the situation. It is always important to assess the context and fit the design accordingly.²

Within the spaces of the 400M network, and where not occupied by other special districts, create a network of shared space lanes providing vehicular access, but also providing safe movement throughout for pedestrians. 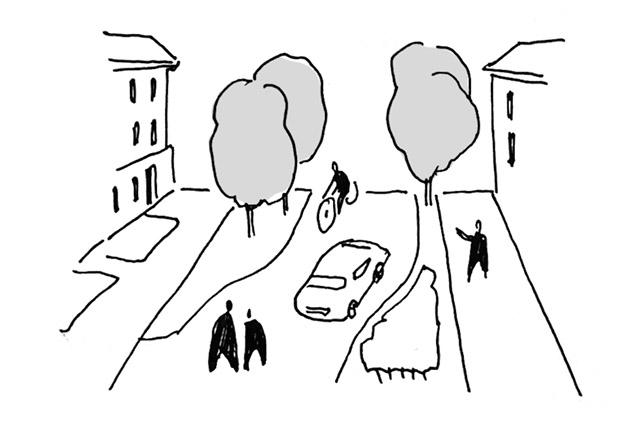 Create shared space lanes within the Pedestrian Sanctuary as a slower and quieter part of a neighborhood, between busier kinds of streets…

² Shared space lanes are not an “anything goes” environment, and care must be taken to ensure that vehicles, when they are present, operate safely. For a broader discussion of this issue, see Hamilton-Baillie, B. (2008). Shared space: Reconciling people, places and traffic. Built Environment, 34(2), 161-181.