Within the Polycentric Region, do not leave areas of disconnection, poor sanitation, and low safety, but work to upgrade and integrate them into the surrounding fabric. 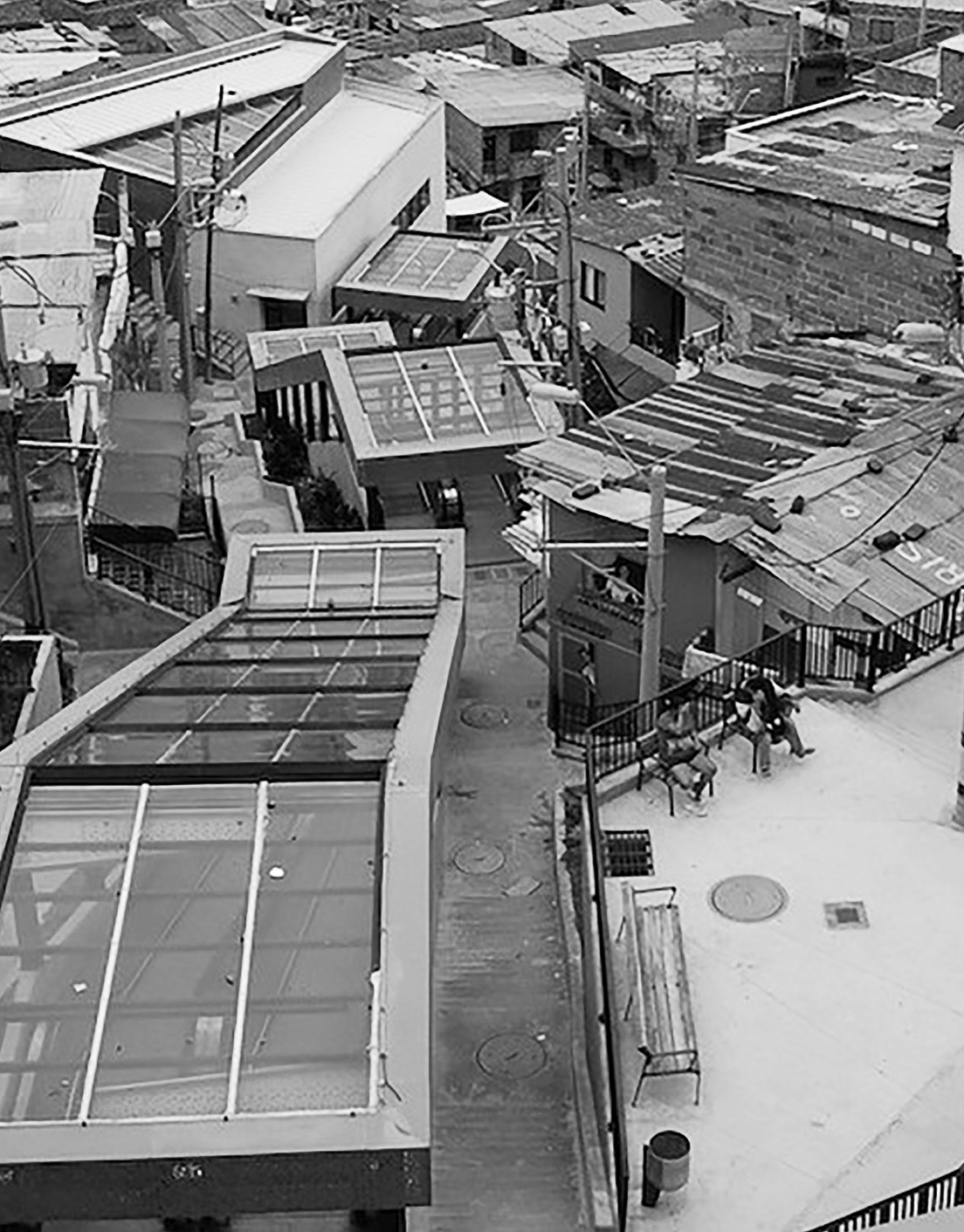 Problem-statement: How can we help those who live in slums to enjoy a better quality of life and greater opportunities, without forcing them to leave their existing social networks and move to places that might actually make their lives worse?

The approach often used in the past was to force slum dwellers to move to new buildings which included utilities, sanitation and other amenities. But this approach is expensive, and history shows that it often fails. People lose their web of social contacts, and the new buildings often become even more unsafe than the buildings from which they moved.

We are recognizing that a key aspect of healthy urbanization is its self-organizing character, where people work “bottom-up” to address their own needs, and to create remarkably complex, well-functioning neighborhoods with strong social capital.¹

At the same time, people need transport and utility systems and they need a public realm that is sufficiently structured to promote safety in numbers and “eyes on the street” to improve security.

In essence, a major source of the problem we have comes from two incompatible geometries. The geometry of an informal settlement is evolved almost exclusively from the bottom-up. This is the geometry of organized complexity, adapted by incremental building according to the residents’ immediate needs. By contrast, the geometry in the minds of government planners, or construction companies that most often undertake social housing projects, is rigid and top-down. Bulldozing the slum and moving its inhabitants into neatly-ordered boxes with infrastructure and sanitary amenities is not a viable solution, as history has shown.² The negative aspects — the loss of adaptive complexity in the built environment, and the loss of networks of relationships that are severed by the top-down geometry — can outweigh all the genuine positive benefits of better sanitation, better connectivity and so on. In many cases, the relocated residents have turned against the built fabric that they identified as dehumanizing, and destroyed it.

As an alternative strategy, many cities have begun to implement strategies to upgrade slums in place, reinforcing their best qualities and addressing their weaknesses with pro-active policies. For example, the city of Medellín, Colombia, instituted participatory budgeting to allow neighborhoods to decide their own allocations for infrastructure, including escalators and overhead cable cars. Beautiful new civic structures like libraries were placed directly in the center of slum communities, promoting a mixing of populations and an opportunity for commerce across a wider section of the city.³

Do not assume that the only remedy for informal settlements is to demolish and relocate. Instead, institute policies for slum upgrading, allowing people to stay in their homes and communities, and improve their quality of life. 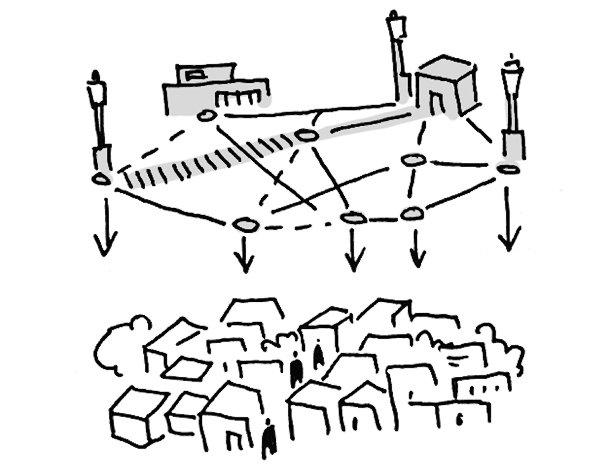 Provide secure Land Tenure and processes for Incremental Self-Build. Provide resources for upgrading through a Neighborhood Planning Center and through Data With The People. …

¹ This approach is sometimes known as “community-driven development.” See for example this World Bank report, http://siteresources.worldbank.org/INTUSU/Resources/cdd-urban-upgrading.pdf. The World Bank also offers an online resource for learning about slum upgrading, available at https://olc.worldbank.org/content/upgrading-urban-informal-settlements-self-paced.

³ A more detailed account of the remarkable upgrading work in Medellín is in the case study section of this book. See also Calderon, C. (2008). Learning from Slum Upgrading and Participation: A case study of participatory slum upgrading in the emergence of new governance in the city of Medellín, Colombia. Stockholm SE: KTH Royal Institute of Technology, Department of Urban Planning and Environment.