In laying out a Public-Private Place Management, a Walkable Streetscape or a specific building or structure, consider the groupings of elements and whether they are legible to residents. 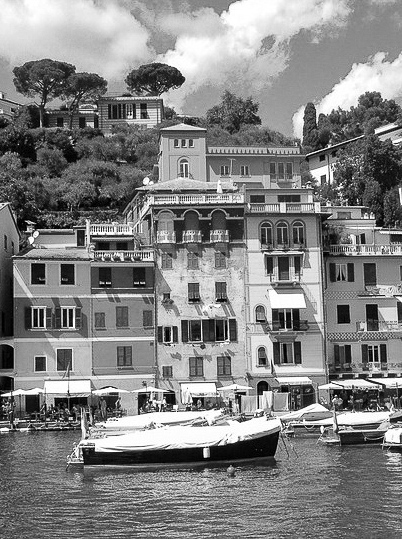 Problem-statement: There is something inherently appealing and satisfying in compositions that are groups of small numbers of elements, typically two, three or four, but rarely more than seven.

Discussion: There is evidence that the human brain prefers to view compositions made up of nested small groups, which are easier to grasp mentally. George A. Miller’s classic 1956 paper “The Magical Number Seven, Plus or Minus Two” showed that people prefer these kinds of compositions, made up of subsidiary elements or “chunks” as he called them, totaling a maximum of approximately seven elements (up to as many as nine) within any one group.¹

Most traditional buildings adhere remarkably well to this pattern. It seems to have its roots in the grouping patterns that form spontaneously in nature, and that humans have encountered repeatedly in their evolutionary history — for example, the Fibonacci Sequence, in which each number is a sum of the two preceding numbers, i.e. 1, 1, 2, 3, 5, 8…

Many contemporary buildings deliberately violate this pattern, favoring a relentless large-scale repetition. They do so in what one architect has called an “alchemistic promise to transform quantity into quality through abstraction and repetition,” which he dubbed a failure and a hoax. But this design trick is certainly attention-getting, probably because it contrasts so sharply with natural structures. Of course, getting attention is not the same as creating satisfying human habitats.

There is evidence that monotonous repetition tires the brain, which keeps on computing to find hierarchical meaning missing from what the eye sees. Complex systems (including living systems) avoid monotonous repetition by grouping elements into clusters, then repeating those clusters. This process can be understood as the creation of hierarchical scales, which result in a Fractal Pattern below. As in music, repetition needs to be anchored in rhythm with sufficient complexity. 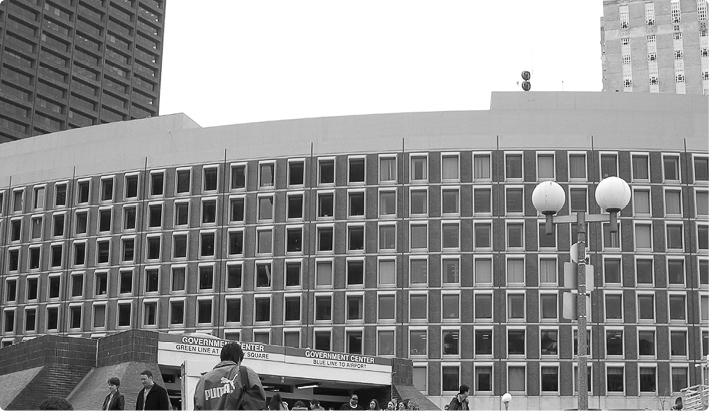 Many “modernist” buildings deliberately violate this pattern — with results that are dramatic for them, but simply ugly and stressful for many others.

Follow a rule of thumb of grouping elements, and making groups of groups — especially twos, threes, and fours. Avoid designs that repeat more than nine elements at any one scale. 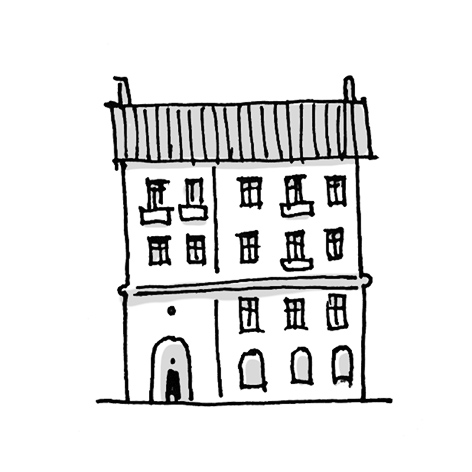 This pattern is a valuable aid in achieving Human-Scale Detail and other characteristics of a more legible, human-centered design. …

¹ The classic paper by George A. Miller has been widely influential. See Miller, G. A. (1956). The magical number seven, plus or minus two: Some limits on our capacity for processing information. Psychological Review, 63(2), 81. Available on the Web at https://pure.mpg.de/rest/items/item_2364276/component/file_2364275/content