Within the Polycentric Region, policies and designs are needed to plan for autonomous vehicles. 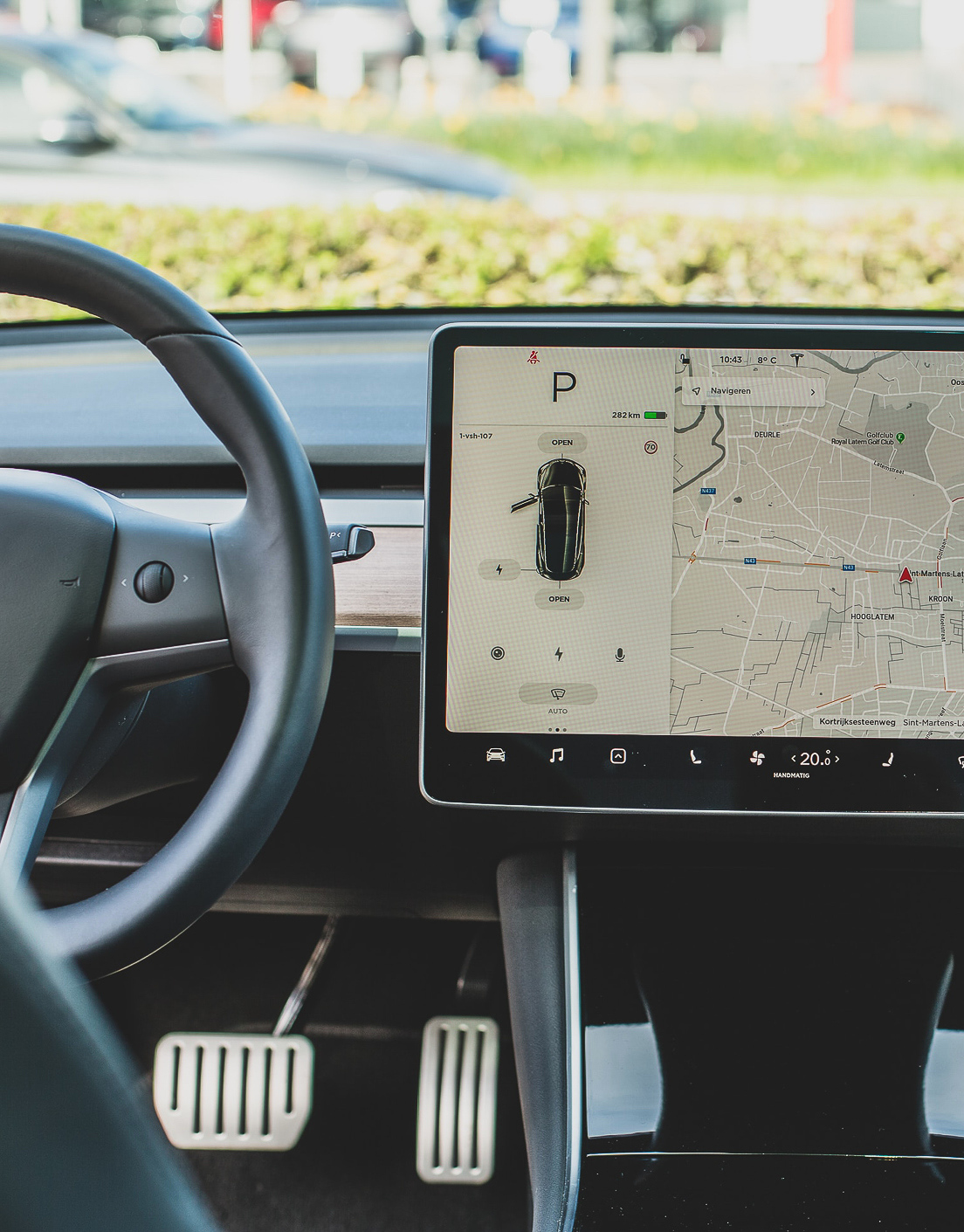 Problem-statement: The future of autonomous vehicles is unclear. If they are widely adopted, they could be a boon to cities — in effect serving as driverless taxis that are more numerous, close-by and convenient. But they could also become nightmares for cities.

Discussion: The worst case scenario for AVs is that they are used as roving living rooms — roaming around the city, entering drive-through lanes at the whim of their occupants, adding enormously to congestion — which is of little concern to occupants, since the vehicles find their own way around impasses. In this scenario, the number of vehicles on the road would expand enormously, greatly adding to drive times and creating delays for those who do need to get to destinations quickly. This would be an example of the phenomenon of “induced demand” — the appeal of riding in a driverless AV would increase demand, requiring even more traffic infrastructure.

An opposite scenario is that these vehicles are used much more sparingly, more like carshares without the need to drive them — or even go to them. In this scenario, residents might well choose not to own a vehicle, since one would always be available close by, and there would be no need to park the vehicle. This could translate into a significant reduction in the number of vehicles on the road.

Which scenario will become the reality — or will it be something in between? This is the choice we have now, and the answer will depend on the mix of design and policy changes. For example, will we reduce the number of parking spaces, on the basis that fewer cars will require parking? How will that change the design of street sections, especially where parked cars are used as a buffer to protect pedestrians? Will we use AVs for larger groups and fixed routes — for example, multiple-destination shuttle buses and rapid transit vehicles? How will these pathways be accommodated? These and other issues must be addressed.¹

Do not allow autonomous vehicles to be used as “roving living rooms” by occupants. Institute progressive congestion charges that make it increasingly expensive to remain in a vehicle for more than a reasonable amount of time (with a hardship exception for those who must travel long distances, or travel frequently). Instead, encourage AVs to be used as shared vehicles on a timeshare rental basis. Provide in addition for lower-cost, multiple-passenger AVs such as shuttle buses and fixed-route rapid transit vehicles. In every case, do not allow AVs to degrade the urban fabric, but employ them to protect and enhance existing environments. 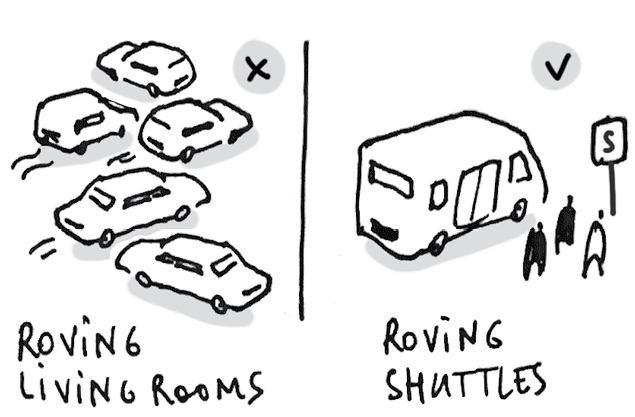 AVs can be used by Responsive Transportation Network Company. …

¹ Research on autonomous vehicles and their impacts on pedestrians and other modes is ongoing, and it is by no means clear yet that this technology will be reliable or helpful. See for example Millard-Ball, A. (2018). Pedestrians, autonomous vehicles, and cities. Journal of Planning Education and Research, 38(1), 6-12.