Urban Greenway, Multi-Way Boulevard and Avenue patterns need to serve as connectors, not as dividers. 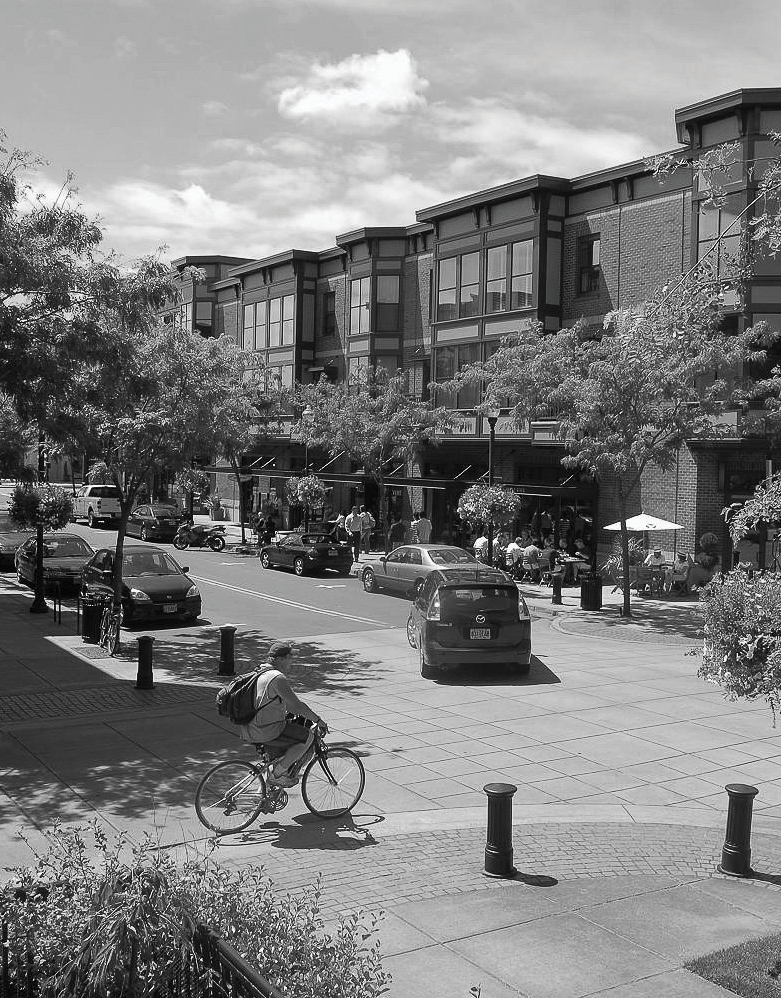 Problem-statement: Too often in the last century, streets have been used to divide instead of unite.

Discussion:: It is often assumed that streets are inherently dangerous, and therefore it is necessary to turn away from them and face inward toward a cell-like residential enclave. This practice is terribly destructive, promoting the idea that streets are only “car sewers” meant to convey cars away at maximum speeds. In fact streets fulfill many functions, and must do so on a balanced and responsible way.¹

We have already seen that streets are the catalysts for urban life in traditional urbanism. But 20th century post-war planning lost the distinction between through highways and urban streets, which have fundamentally distinct functions. Optimizing fast vehicular speed and traffic volume diminishes the urban experience and cuts the city along that street. The opposite — a street full of life — requires comparatively slower traffic and encourages the presence of pedestrians.² 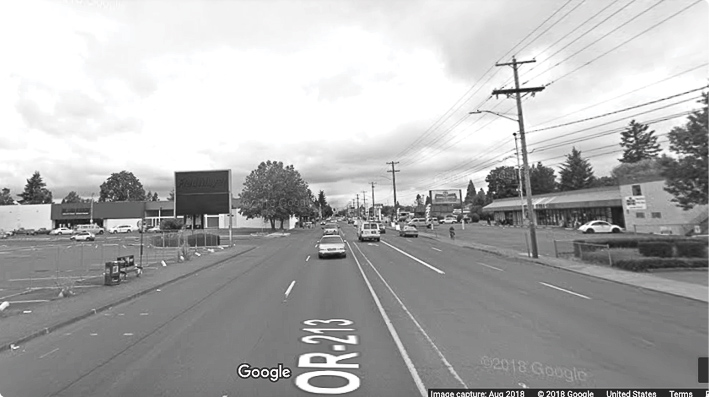 This street forms an impenetrable barrier between its two sides. It in no way serves as a center of the surrounding neighborhood.

It helps to conceive an urban street as a long and narrow public space, much like an urban plaza. The key difference is that vehicular traffic is allowed to run through its median. All the other characteristics of an urban space remain valid, however. Those include accommodations for pedestrians along the sides (wide sidewalks), traffic-calming measures implemented by means of the geometry, complex building façades on both sides with many entrances, and so on. To emphasize the sense of enclosure, the building’s corners at the intersection should ideally bulge outwards into the intersection so as to visually define each end of that particular block. A protruded block corner is psychologically felt by everyone on the street. This suggestion is often at odds with the instincts of transportation engineers, who seek to increase vehicular speed on turning by cutting the corners (which encourages the block corners to be chamfered). There are several flaws with this approach. First, it is important to slow traffic when turning so that pedestrians can be seen and divers have time to brake. Second, in order to foment city life, the urban street must prioritize pedestrians, and should do so by employing geometries that slow down traffic.

When developing on both sides of a street, make certain that the development is compatible, and that it aligns to and engages with the street. Do not turn away from the street with blank walls, parking lots or other unsuitable structures, but make the street a focus of attention and use. 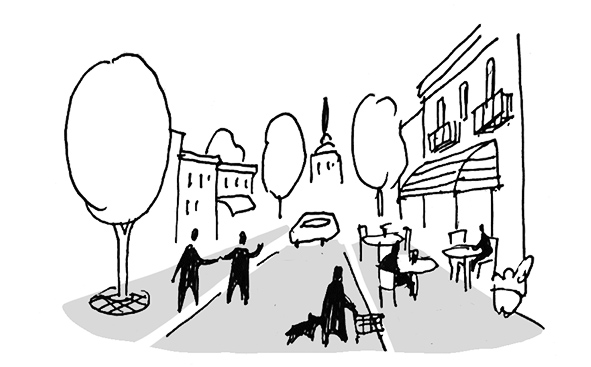 Assure that all sides of streets have a Walkable Streetscape. In area with the Perimeter Block pattern, use the Perimeter Building pattern to establish well-defined spatial volumes…

¹ There are a number of studies of the importance of a street as neighborhood center — see for example Southworth, M. (2005). Reinventing main street: From mall to townscape mall. Journal of Urban Design, 10(2), 151-170.

² Many studies show that the co-presence of many people on a street makes it safer. See for example Hillier, B., & Sahbaz, O. (2008). An evidence-based approach to crime and urban design. London: Bartlett School of Graduates Studies, University College London.