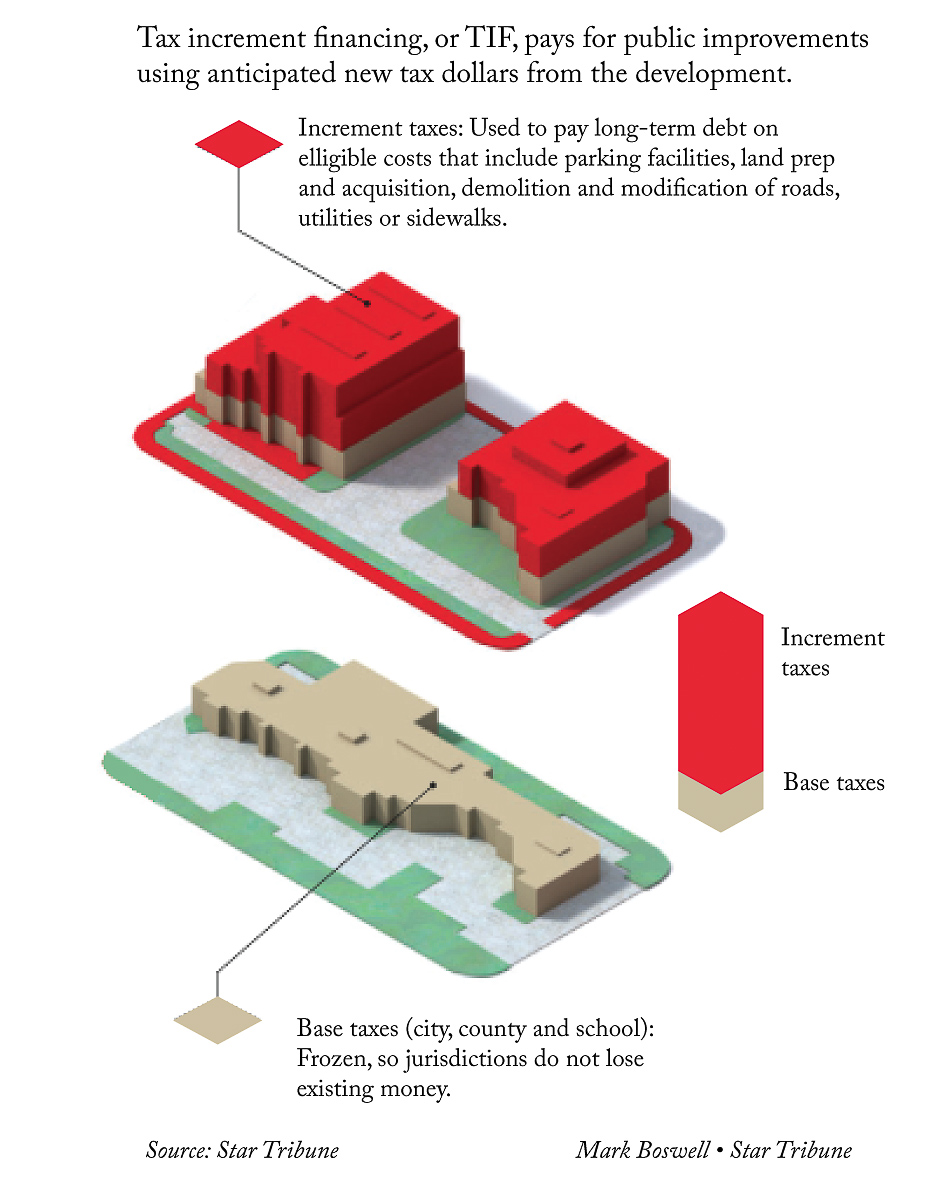 Problem-statement: How can the benefits of future improvements be transmitted financially to the present day, so that they are economically viable in the period before they generate profit?

Discussion:One of the most common mechanisms to accomplish this goal is known as tax increment finance. In essence the government entity with taxing power recognizes that the improvements will generate an increment of increased taxes (through sales tax, income tax, property tax or other means) and this increased revenue can be used to service a bond or pay back a revenue expenditure to the taxpayers.

We also have to be careful in how we allocate money raised by such taxes. Spending money optimally has to be done using a “fractal cost distribution” — many small budgets for small projects, a few large budgets for large projects, and a moderate number of budgets for medium projects. When each project competes with the others for funding, it is easy to concentrate on the largest projects, because those need the most money. But this top-heavy mindset too often ignores the intermediate and small-scale projects. A systemic imbalance towards the largest scale will shape the built environment in undesirable ways, and this bias can be overcome by explicitly supporting the more numerous smaller funding parcels.

Use tax increment finance to fund a project early in its life, before it has generated revenue. Take care that the risk of financial failure is mitigated with private forms of insurance, rather than public financial risk. Make sure that the funding priorities are not skewed towards the largest projects, and are targeted to a mix of small and medium projects as well. 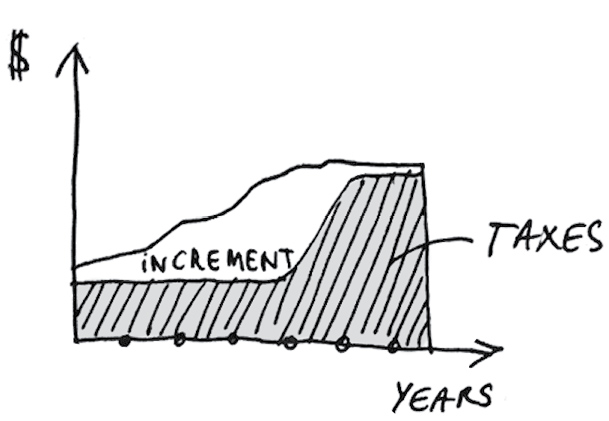