At times the Polycentric Region is developing erratically, and emphasis needs to be shifted to consolidate some areas. 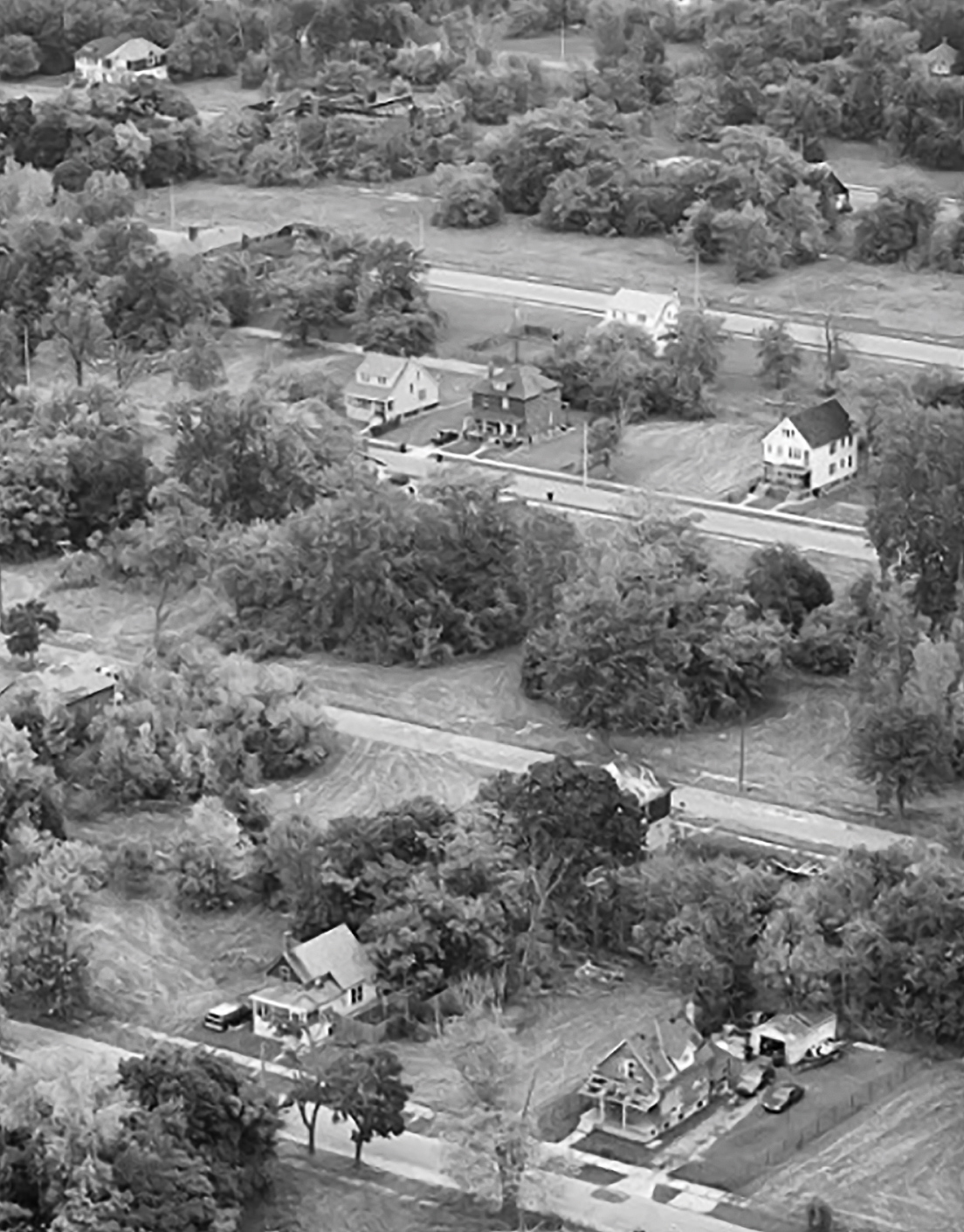 Problem-statement: In some areas where homes have been lost due to environmental disasters or population decline, it is sensible to consolidate homes and businesses in more compact, walkable areas, and to create new public spaces or environmental preserves with the remaining land.

Discussion: The decision to consolidate development needs to be a democratic one, taking special care to allow residents to choose their own futures. However, often there are no residents, or few residents, and a more sensible alternative is to offer them a higher-quality alternative in a consolidated area.

The proposal for new public squares in the Gentilly district of New Orleans, where many homes were destroyed by Hurricane Katrina. (Drawing by DPZ CoDesign.)

In practice, the obstacle to urban consolidation has been a legal one: resistance coming from both government agencies and the insurance companies underwriting reconstruction. Those entities insist that what is rebuilt either has to exactly duplicate what was destroyed, or the residents have to be forcibly removed to entirely new locations. Of course, residents are often extremely angry at this latter idea. In both cases, a rigid bureaucratic restriction makes it impossible to upgrade a region toward a much more resilient (and human) type of urbanism. Planning regulations often reinforce this flawed approach. We need a more “agile” form of planning, to produce the more “agile” form of urbanism that we need for the future.

When consolidation of urban areas is warranted, take care to give the remaining homeowners a say in their future. Create a meaningful choice for a more consolidated, higher-quality urban form, with new parks and green spaces nearby. 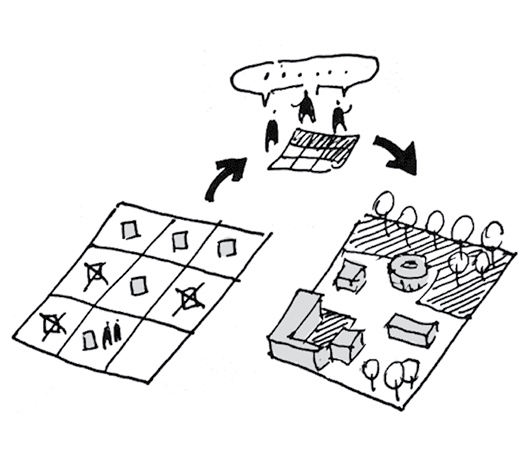 Give people resources to choose whether to relocate, and how to rebuild, through the Neighborhood Planning Center. Facilitate rebuilding by providing Entitlement Streamlining.