Along the edges of the Perimeter Block, there is a need to create a stronger connection between the buildings and the public spaces.

Problem-statement: In many areas, there is a need for shelter as well as transitional space between the private interior and public exterior. This can be done with galleries and other porch-like structures, designed as integral elements to the building exteriors.

Discussion: Arcade buildings are archetypal structures in many cities. We can think of the famous arcades of Bologna, or the galleries surrounding the plazas of the American Southwest (see photo on next page). They create sheltered places along the street, especially valuable when adjacent to (and overlooking) squares and other public spaces.

We now know that these buildings are archetypal for deep biological reasons. New findings in neuroscience reveal that humans prefer to use paths that also define a spatial sense of place. All animals avoid exposed open space, and prefer to move along protected edges and perimeter boundaries — a phenomenon known as thigmotaxis.¹ For people too, an arcade along the block perimeter provides a most welcoming enveloping space for pedestrian movement. This type of place, with its own characteristics, transitions between the interior of the building and the street. It defines an important intermediate region — one that was lost when well-adapted contextual buildings were replaced by “designed-object” buildings. 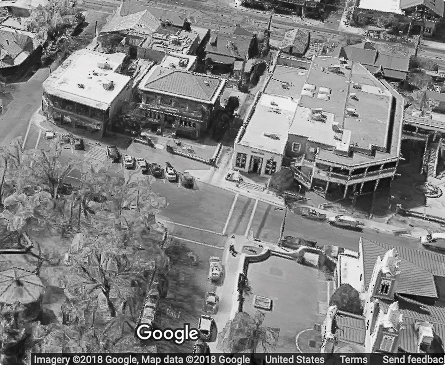 Arcade buildings on the plaza in Albuquerque, New Mexico.

1 Our colleagues Ann Sussman and Justin Hollander discuss this phenomenon and its relation to urban design at length, with additional research citations, in Sussman, A. & Hollander, J.B. (2015) Cognitive Architecture. New York: Routledge.

Create arcade buildings when there is a need to shelter people adjacent to public spaces, to promote architectural connectivity to the street and the public realm, or to allow gatherings at upper levels, such as restaurants overlooking squares. 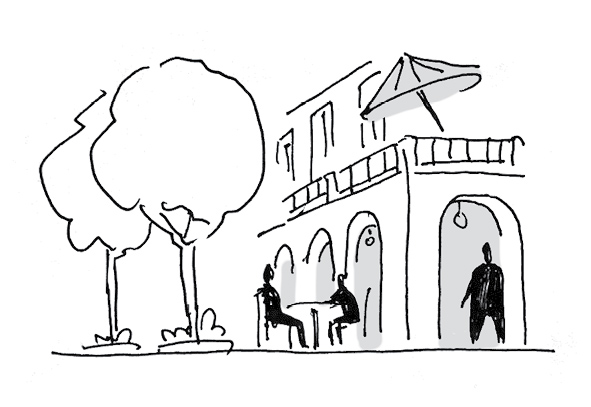 Use Arcades built into the lower story of a building to make a pedestrian-friendly space. Create a Gallery Surround whenever possible, using porches, awnings and other structures. …